From Wikipedia, the free encyclopedia

Low back pain (LBP), also known as lower back pain or lumbago, is a common disorder involving the muscles and bones of the back. It affects about 40% of people at some point in their lives. Low back pain may be classified by duration as acute (pain lasting less than 6 weeks), sub-chronic (6 to 12 weeks), or chronic (more than 12 weeks). The condition may be further classified by the underlying cause as either mechanical, non-mechanical, or referred pain.

In most episodes of low back pain, a specific underlying cause is not identified or even looked for, with the pain believed to be due to mechanical problems such as muscle or joint strain. If the pain does not go away with conservative treatment or if it is accompanied by "red flags" such as unexplained weight loss, fever, or significant problems with feeling or movement, further testing may be needed to look for a serious underlying problem. In most cases, imaging tools such as X-ray computed tomography are not useful and carry their own risks. Despite this, the use of imaging in low back pain has increased. Some low back pain is caused by damaged intervertebral discs, and the straight leg raise test is useful to identify this cause. In those with chronic pain, the pain processing system may malfunction, causing large amounts of pain in response to non-serious events.

The treatment of acute nonspecific low back pain is typically with conservative measures such as the use of simple pain medications and the continuation of as much normal activity as the pain allows. Medications are recommended for the duration that they are helpful, with acetaminophen (also known as paracetamol) as the preferred first medication. The symptoms of low back pain usually improve within a few weeks from the time they start, with 40-90% of people completely better by six weeks.

A number of other options are available for those who do not improve with usual treatment. Opioids may be useful if simple pain medications are not enough, but they are not generally recommended due to side effects. Surgery may be beneficial for those with disc-related chronic pain and disability. It may also be useful for those with spinal stenosis. No clear benefit has been found for other cases of non-specific low back pain. Low back pain often affects mood, which may be improved by counseling and/or antidepressants. Additionally, there are many alternative medicine therapies, including the Alexander technique and herbal remedies, but there is not enough evidence to recommend them confidently. The evidence for chiropractic care and spinal manipulation is mixed.

In the common presentation of acute low back pain, pain develops after movements that involve lifting, twisting, or forward-bending. The symptoms may start soon after the movements or upon waking up the following morning. The description of the symptoms may range from tenderness at a particular point to diffuse pain. It may or may not worsen with certain movements, such as raising a leg, or positions, such as sitting or standing. Pain radiating down the legs (known as sciatica) may be present. The first experience of acute low back pain is typically between the ages of 20 and 40. This is often a person's first reason to see a medical professional as an adult. Recurrent episodes occur in more than half of people[2] with the repeated episodes being generally more painful than the first.

Other problems may occur along with low back pain. Chronic low back pain is associated with sleep problems, including a greater amount of time needed to fall asleep, disturbances during sleep, a shorter duration of sleep, and less satisfaction with sleep. In addition, a majority of those with chronic low back pain show symptoms of depression or anxiety.

Low back pain is not a specific disease but rather a complaint that may be caused by a large number of underlying problems of varying levels of seriousness. The majority of LBP does not have a clear cause[1] but is believed to be the result of non-serious muscle or skeletal issues such as sprains or strains. Obesity, smoking, weight gain during pregnancy, stress, poor physical condition, poor posture and poor sleeping position may also contribute to low back pain. A full list of possible causes includes many less common conditions. Physical causes may include osteoarthritis, degeneration of the discs between the vertebrae or a spinal disc herniation, broken vertebra(e) (such as from osteoporosis) or, rarely, an infection or tumor of the spine.

Women may have acute low back pain from medical conditions affecting the female reproductive system, including endometriosis, ovarian cysts, ovarian cancer, or uterine fibroids. Nearly half of all pregnant women report pain in the lower back or sacral area during pregnancy, due to changes in their posture and center of gravity causing muscle and ligament strain.

Low back pain can be broadly classified into four main categories:

Malignancy - bone metastasis from lung, breast, prostate, thyroid, among others.

The lumbar (or lower back) region is made up of five vertebrae (L1-L5), sometimes including the sacrum. In between these vertebrae are fibrocartilaginous discs, which act as cushions, preventing the vertebrae from rubbing together while at the same time protecting the spinal cord. Nerves come from and go to the spinal cord through specific openings between the vertebrae, providing the skin with sensations and messages to muscles. Stability of the spine is provided by the ligaments and muscles of the back and abdomen. Small joints called facet joints limit and direct the motion of the spine.

The multifidus muscles run up and down along the back of the spine, and are important for keeping the spine straight and stable during many common movements such as sitting, walking and lifting. A problem with these muscles is often found in someone with chronic low back pain, because the back pain causes the person to use the back muscles improperly in trying to avoid the pain. The problem with the multifidus muscles continues even after the pain goes away, and is probably an important reason why the pain comes back.[14] Teaching people with chronic low back pain how to use these muscles is recommended as part of a recovery program.

An intervertebral disc has a gelatinous core surrounded by a fibrous ring. When in its normal, uninjured state, most of the disc is not served by either the circulatory or nervous systems – blood and nerves only run to the outside of the disc. Specialized cells that can survive without direct blood supply are in the inside of the disc.[15] Over time, the discs lose flexibility and the ability to absorb physical forces. This decreased ability to handle physical forces increases stresses on other parts of the spine, causing the ligaments of the spine to thicken and bony growths to develop on the vertebrae. As a result, there is less space through which the spinal cord and nerve roots may pass. When a disc degenerates as a result of injury or disease, the makeup of a disc changes: blood vessels and nerves may grow into its interior and/or herniated disc material can push directly on a nerve root.[15] Any of these changes may result in back pain.

Pain is generally an unpleasant feeling in response to an event that either damages or can potentially damage the body's tissues. There are four main steps in the process of feeling pain: transduction, transmission, perception, and modulation. The nerve cells that detect pain have cell bodies located in the dorsal root ganglia and fibers that transmit these signals to the spinal cord.[16] The process of pain sensation starts when the pain-causing event triggers the endings of appropriate sensory nerve cells. This type of cell converts the event into an electrical signal by transduction. Several different types of nerve fibers carry out the transmission of the electrical signal from the transducing cell to the posterior horn of spinal cord, from there to the brain stem, and then from the brain stem to the various parts of the brain such as the thalamus and the limbic system. In the brain, the pain signals are processed and given context in the process of pain perception. Through modulation, the brain can modify the sending of further nerve impulses by decreasing or increasing the release of neurotransmitters.

Parts of the pain sensation and processing system may not function properly; creating the feeling of pain when no outside cause exists, signaling too much pain from a particular cause, or signaling pain from a normally non-painful event. Additionally, the pain modulation mechanisms may not function properly. These phenomena are involved in chronic pain.

As the structure of the back is complex and the reporting of pain is subjective and affected by social factors, the diagnosis of low back pain is not straightforward.[8] While most low back pain is caused by muscle and joint problems, this cause must be separated from neurological problems, spinal tumors, fracture of the spine, and infections, among others.

There are a number of ways to classify low back pain with no consensus that any one method is best.[8] There are three general types of low back pain by cause: mechanical back pain (including nonspecific musculoskeletal strains, herniated discs, compressed nerve roots, degenerative discs or joint disease, and broken vertebra), non-mechanical back pain (tumors, inflammatory conditions such as spondyloarthritis, and infections), and referred pain from internal organs (gallbladder disease, kidney stones, kidney infections, and aortic aneurysm, among others).[8] Mechanical or musculoskeletal problems underlie most cases (around 90% or more),[8][18] and of those, most (around 75%) do not have a specific cause identified, but are thought to be due to muscle strain or injury to ligaments. Rarely, complaints of low back pain result from systemic or psychological problems, such as fibromyalgia and somatoform disorders.

Low back pain may be classified based on the signs and symptoms. Diffuse pain that does not change in response to particular movements, and is localized to the lower back without radiating beyond the buttocks, is classified as nonspecific, the most common classification. Pain that radiates down the leg below the knee, is located on one side (in the case of disc herniation), or is on both sides (in spinal stenosis), and changes in severity in response to certain positions or maneuvers is radicular, making up 7% of cases. Pain that is accompanied by red flags such as trauma, fever, a history of cancer or significant muscle weakness may indicate a more serious underlying problem and is classified as needing urgent or specialized attention.

The symptoms can also be classified by duration as acute, sub-chronic (also known as sub-acute), or chronic. The specific duration required to meet each of these is not universally agreed upon, but generally pain lasting less than six weeks is classified as acute, pain lasting six to twelve weeks is sub-chronic, and more than twelve weeks is chronic. Management and prognosis may change based on the duration of symptoms.

Spina-Bac can help you to prevent Low Back Pain (lower back pain) and Lumbago, anywhere, anytime! 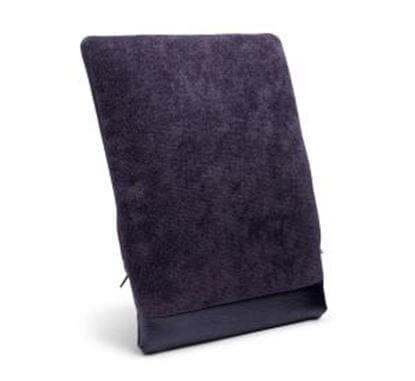 SPINA-BAC® Ergonomic Back Cushion is your ultimate support that adjusts to your own back. ...

SPINA-BAC® Ergonomic Back Cushion is your ultimate support that adjusts to your own back. ... 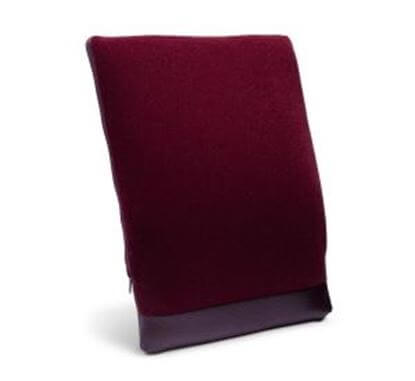 SPINA-BAC® can transform any cheap office chair into an ergonomic cloud with the perfect l...

SPINA-BAC® can transform any cheap office chair into an ergonomic cloud with the perfect l... 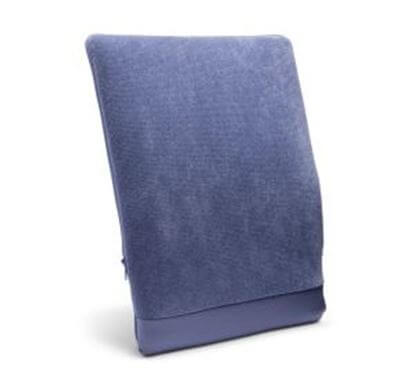 With SPINA-BAC® you can create your own Ergonomic Home & Office Chairs. Use SPINA-BAC® for...

With SPINA-BAC® you can create your own Ergonomic Home & Office Chairs. Use SPINA-BAC® for... 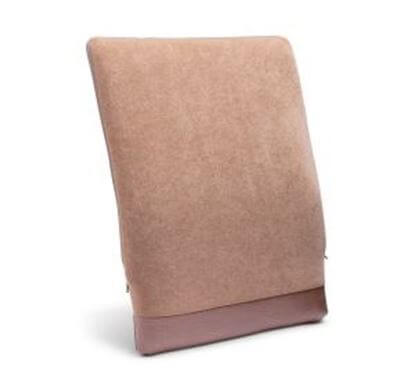 Place it on your office chair at work, or use it on the couch at home. If you are sitting ...

Place it on your office chair at work, or use it on the couch at home. If you are sitting ...